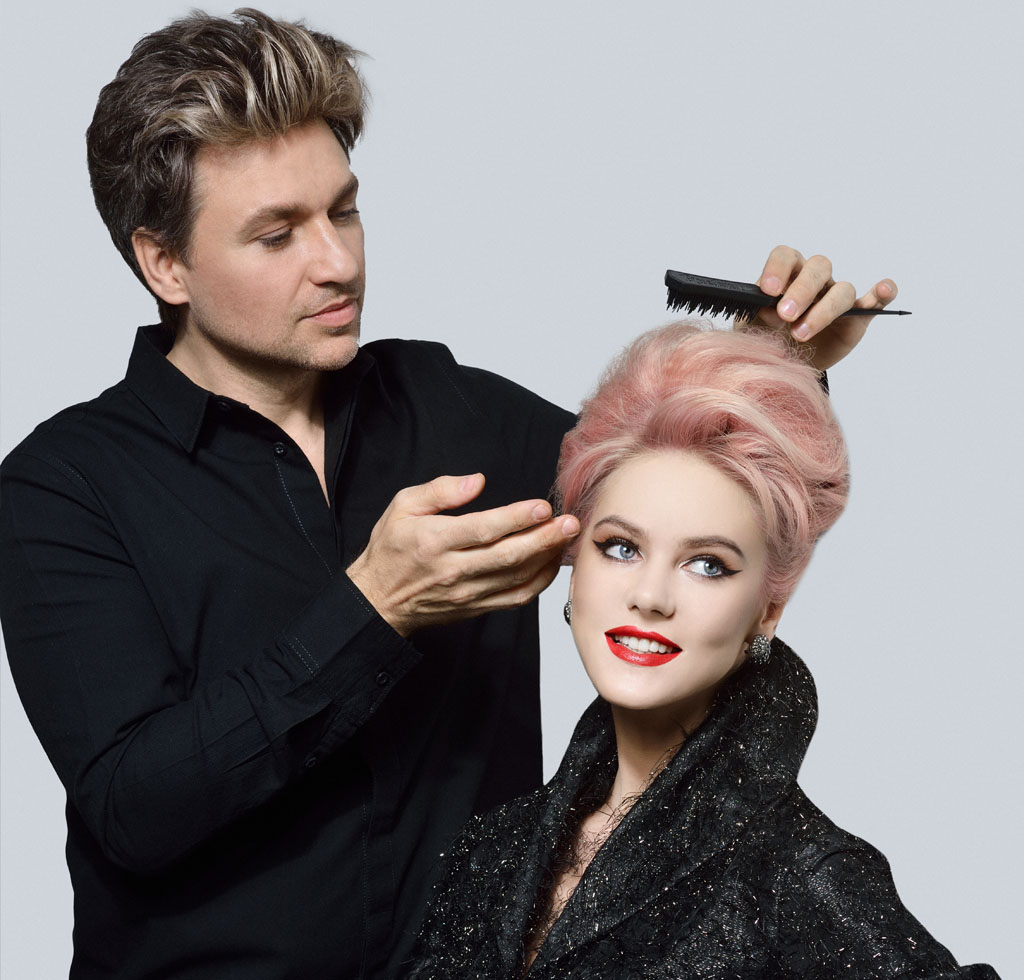 Ruslan Tatyanin is a world-class stylist, make-up designer and master. "Maestro of long hair" - this epithet was given to Ruslan by press. Among his projects there is photographing for magazines "Vogue" and "Bazar" and creating images for theatrical performances and TV programs. Ruslan is the author of the shows of the most prestigious beauty festivals - "The Golden Rose" in Paris and "The World of Beauty" in Kremlin.

Ruslan Tatyanin graduated with honours from Moscow Art and Pedagogical College of Technologies and Design with a degree "hair stylist" in 1997. Then he started working in A. Todchuk's beauty salon as a stylist.

In 1998 Ruslan was invited to work at the fashion shows and photographing for magazines "BAZAR", "VOGUE" and others.

Since 1999 he has been working as a stylist at different TV channels: MTV (the program "Stilissimo"), RTR ("The City of Women") and TV6.

2000 was marked for Ruslan by co-operating with Oleg Menshikov's theater partnership "814". He worked as a make-up person for the performance "The Mischief of Being Clever" and make-up artist for the new performance "The Kitchen". In 2000 he took part in the festival "The World of Beauty" (shows and master-classes).

In 2001 he presented the show "The Fashion of the XX century" that took place in the Manezh.

In 2002 the show "Metamorphoses" was held. Ruslan continued co-operating with the theater partnership "814". He worked as a make-up artist for the new performance "The Players". He also presented a master-class show in Israel.

The first performance of the show "Kokoshniki" in Gostinyi Dvor.

Creating a new author's course "Hairstyles on Long Hair" for the ASK Academy. In September Ruslan presented the show "Kokoshniki" at the hairdresser's festival in Almaty.

The first performance of the show "Opera-Buffa" in Kremlin.

The member of the jury and trainer in the category "Hairstyles on Long Hair" of the international festival "The Golden Scissors" (St. Petersburg, Rostov-on-Don, Perm, Vladivostok, Irkutsk). Release of the first training video "Ruslan Tatyanin's Best Hairstyles".

Ruslan took part in the XXXI Hairstyling World Championship in Moscow where he presented the master-class "Ruslan Tatyanin's Hollywood" on the stand of the magazine "Dolores".

The member of the jury at the Russian Hairstyling Championship in the category "A Trendy Image".

Release of the second training video where Ruslan presented a new collection of hairstyles on long hair.

Taking part in the beauty festival "Vernissage" in Gostinyi Dvor. The member of the jury at the Championship in Moscow. Presentation of the master-class show "Hollywood's Blossom" in the Baltic countries (Lithuania and Latvia).

Taking part in the III International Festival of Beauty and Grace (Sochi).

Release of the mini-album "Wedding Hairstyles".

Ruslan presented his stand at the Hairstyling festival "Nevskie berega" in St. Petersburg. Taking part in the International Festival "The World of Beauty 2007" and presenting the show "Hollywood" at the festival closing at the Stanislavski and Nemirovich-Danchenko Moscow Academic Music Theatre.

Invited stylist of the program "The Morning at the TNT Channel" (the category "Look out: Stylists!").

The show "The Real Beauty" with the participation of Svetlana Svetlichnaya at the closing of the festival "the World of Beauty" in the Kremlin Palace of Congresses.

Release of the collection "The Woman in Red" on the DVD.

Art director of the company "Constanta".

Ruslan Tatyanin has been presenting the collection "The Stylist in the Big City" in the following cities: Perm, Chelyabinsk, Krasnodar, Rostov-on-Don, St. Petersburg, Vladivostok, Kazan, and Nizhniy Novgorod.

The show "Beauty is Saving the World". The first performance of the show "The Stylist in the Big City" in Moscow.

Release of the DVD "You Thought Me up" on Svetlana Svetlichnaya's jubilee.

Presentation of the collection "The Stylist in the Big City" in Riga.

Creating a wedding project and the website for brides "My Maestro".

Release of the book "The Best Books from Ruslan Tatyanin".

The first performance of the collection "The Wedding Stylist" in St. Petersburg.

Release of the album of Ruslan Tatyanin's hairstyles collections "Maestro".

The first performance of the collection "8 Women".

Release of the training DVD "Plaits and Braids from Maestro"

Release of the new book "The Best Hairstyles. Part 2".

Release of the new tool - the flat iron "Volume Styler".

The first performance of the collection "Role Model".

Presentation of the new project of transformations "Stylist in The City 2".

Start of the international tour of Ruslan Tatyanin School.